How Smart is a German Shepherd?

It isn’t easy to define intelligence, and measuring it is even more challenging. However, behavioral scientists, veterinarians, trainers, and keepers have arrived at a pretty solid consensus regarding the most (and least) intelligent breeds.

There is a bit of variation in the intelligence rankings produced by different authorities, but most place the German shepherd dog near the very top of the list – usually in the top 3. In fact, according to Stanley Coren, author of The Intelligence of Dogs, German shepherds (and a few other breeds) typically learn a new command with fewer than five repetitions.

Smart, Skilled and Capable: The German Shepherd in a Nutshell

Although they were originally developed around the turn of the 20th century as sheep-herding dogs, German shepherds are extremely well-suited for a variety of different tasks and jobs. Thanks to their mental acuity and obedience, modern shepherds are often used by law-enforcement and the military, while their loving, gentle nature makes them fantastic guide and therapy dogs too.

Their drive and willingness to please their owners make German shepherds perfect for search-and-rescue applications, while their athleticism allows them to excel in some canine sports, such as Schutzhund and various disc games. But most German shepherds are tasked with nothing more than being a good family pet – and this is perhaps the role in which they excel the most.

Intelligence has significant ramifications for German shepherd care, and it is important that prospective owners are prepared to meet the needs of this brainy breed before adding one to the family. Like many other intelligent dogs, German shepherds bond quite strongly with their people, and they aren’t ideally suited for homes that remain empty for extended periods of time. Sufficient mental stimulation and exercise are also necessary for German shepherd dogs, as they can develop problematic behaviors if they don’t get a chance to put their brains and bodies to work regularly.

This vital intelligence also significantly influences the German shepherd dog personality. For example, German shepherds are among the easiest breeds in the world to train, and most love nothing more than learning new skills to please their owner. They learn to anticipate routines and patterns quickly, which helps them fit right into your family’s lifestyle, and they are typically quite easy to housetrain.

As you can see, German shepherd dogs are brilliant, and this underscores most aspects of their behavior and personality. Given their combination of intelligence, beauty, and loyalty, it is easy to see why they are so loved by trainers, handlers and families alike.

For more information about German Shepherds or if you’re looking into a German Shepherd puppy, please contact us here. In addition, Misty Ridge boards all dogs & cats at their animal resort in Maryland. 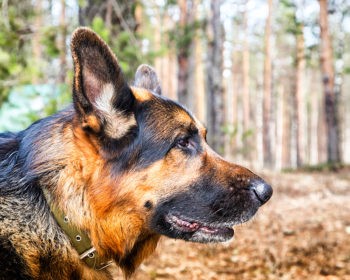 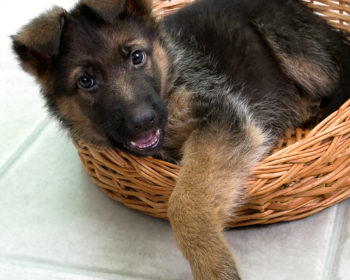